The Housing Situation on Martha's Vineyard 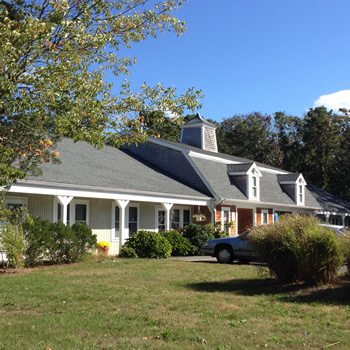 Martha’s Vineyard’s year-round community’s demographics and housing needs are far different from the Island’s image of wealth and plenty. The population is getting older as young families leave, and it includes a large number of low-income households. With elderly residents on fixed incomes and younger wage-earners working in lower paying service-sector jobs, more than a quarter of all Vineyard households were earning less than $35,000 in 2010. The numbers and percentages of people living in poverty on the Island have also been rising.

The challenges to establishing a secure residence on Martha’s Vineyard have become insurmountable for a growing segment of the population, including a majority of those who grew up here, many skilled and well paid workers, and older households of moderate income.

2020 Update to the Housing Needs Assessment

Reasons for the Housing Situation

Several factors appear to be contributing to the affordability crisis on the Vineyard.

The housing affordability gap – the difference between median home costs and what a family can afford on a median income – is dauntingly large both for ownership and rental.

Since the 2001 publication of the Island’s first assessment of housing needs, Preserving Community, a great deal of hard work, strong community commitments and collaboration, and a substantial investment of local resources has produced a significant amount of affordable housing, The Island has seen development of about 300 affordable and community housing units. Approximately another hundred units are subsidized through the Dukes County Regional Housing Authority’s Rental Assistance Program and rental vouchers.  Additionally, the establishment of town Affordable Housing Committees and Affordable Housing Trusts, as well as the passage of the Community Preservation Act (CPA) have enhanced the capacity of each town to provide more affordable housing. But much more work needs to be done to address pressing housing needs.

Today, the housing needs that are not well served by market-rate housing include the following.