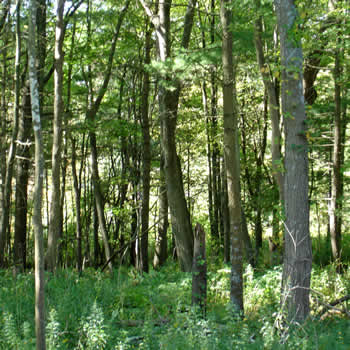 Climate change is bringing more periods of drought, i.e. extended periods of deficient water supply, punctuated by heavy rainstorms. This will increase the risk of wildfires, especially in the spring, before trees have leafed out. Wildfire could strike quickly with potential for great loss of life and property.

The Vineyard probably has more people and buildings at risk from wildfire than at any time in our history because of several factors:

The Drought and Wildfire Hazards Assessment and Mitigation includes vulnerability assessments by town, including maps of the areas at greatest risk as well as tables of vulnerable persons and property, both for existing and potential future buildings. The greatest risk is areas where there are houses in heavily wooded areas, or northeast of them where fire could be carried by prevailing winds (e.g. neighborhoods northeast of the State Forest).

A number of possible strategies are included in the Hazard Mitigation Plan for Dukes County: