Dr. Duffy is a physicist who has devoted nearly 30 years to using science to address the societal challenge of climate change. He frequently engages domestic and international policy, and decision makers, including delegates at the United Nations climate conferences, and the United States Congress. Dr. Duffy is frequently quoted in major national media outlets such as The New York Times, the Washington Post, Science, the Boston Globe, NPR, CNN and MSNBC. He serves on committees of the National Academy of Sciences and advises state and local policymakers. Dr. Duffy is particularly interested in working with diverse groups to address climate change, including faith leaders, business leaders, and thought leaders across the political spectrum.

Prior to joining the Woods Hole Research Center, Dr. Duffy served as a Senior Policy Analyst in the White House Office of Science and Technology Policy and as a Senior Advisor in the White House National Science and Technology Council. In these roles he was involved in international climate negotiations, domestic and international climate policy, and coordination of US global change research. Before joining the White House, Dr. Duffy was Chief Scientist at Climate Central, an organization dedicated to increasing public understanding and awareness of climate change. Dr. Duffy has held senior research positions with the Lawrence Livermore National Laboratory, and visiting positions at the Carnegie Institution for Science and the Woods Institute for the Environment at Stanford University. He has a bachelor's degree magna cum laude from Harvard in astrophysics and a Ph.D. in applied physics from Stanford. 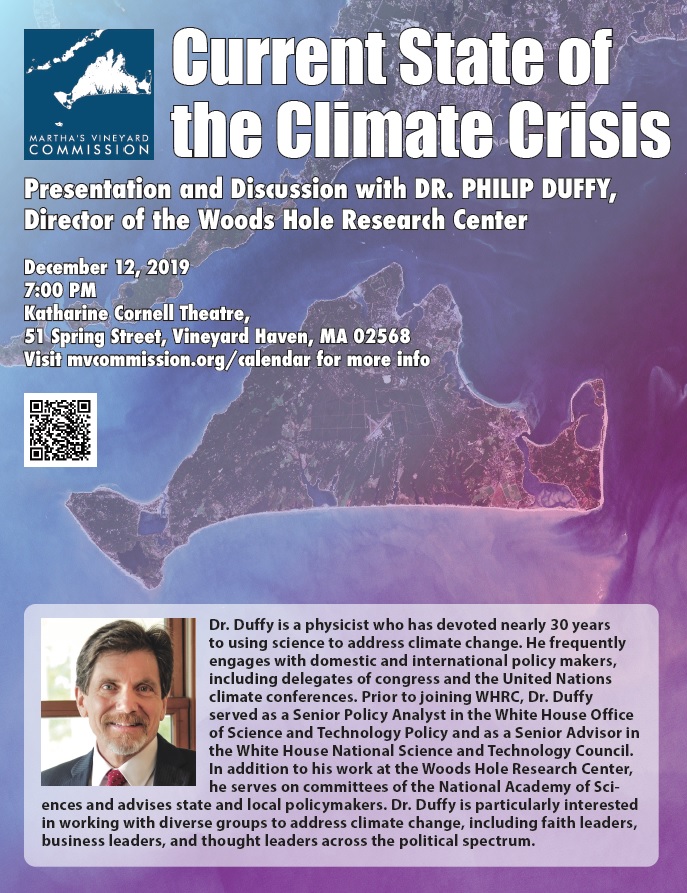